If you work in software development, you’ll be familiar with daily stand-up or ‘scrum’ meetings - and they’re becoming commonplace in other industries, too. In today’s Friday Face-Off, we weigh up whether these meetings are actually useful beyond the world of software development.

What are daily stand-up meetings?
As you might have guessed, these meetings take place each day, while standing instead of sitting. Usually, they take place at the beginning of the day and involve all team members (say, four to ten employees).

Each employee is invited to answer three questions:

The idea behind these meetings is to ensure that no aspect of a project is being held up.

For: Daily Stand-Up Meetings are Key to Productivity 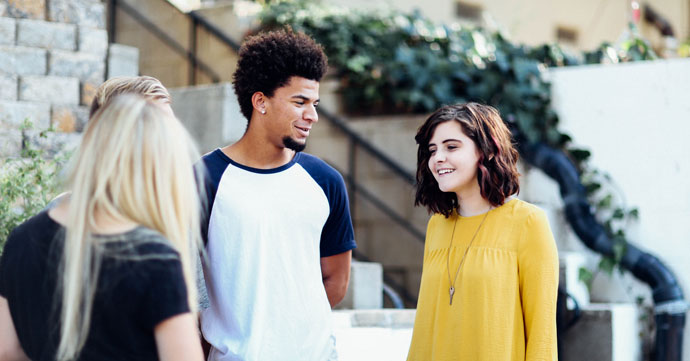 Daily stand-up meetings work because of their brevity. They’re brilliant at identifying any problems employees have so that they can be resolved as quickly as possible. This advantage doesn’t just apply in a development environment - it can be applied to any project-based team, and even in retail, cafes and restaurants.

Stand-up meetings keep everyone updated on what’s going on (including introducing new hires), and give all employees the chance to make suggestions, even if they’re not directly contributing to a project. This can provide valuable new perspectives on issues that your team is struggling with.

Short, daily meetings mean there’s no time for distraction. By standing up away from laptops, PCs, and other distracting technology, you can be 100% focused on communicating with the rest of your team.

Finally, regular daily meetings reduce the need for formal, sit-down meetings - or can at least help keep them short!

Overall, daily stand-up meetings can be an extremely efficient of solving problems and updating the rest of the team on individual progress - without taking more than a few minutes each day.

Against: Daily Stand-Up Meetings are a Waste of Time

In some working environments, the daily ‘scrum’ just doesn’t work. In fact, it can become as tedious as a sit-down meeting.

The main problem with this meeting format is how irrelevant so much of the discussion can be. Either the team is working on the same project and already know what’s going on anyway, or the team are working on different projects and the information shared in the meeting isn’t relevant to other employees.

In these cases, the daily meeting tends to be for the boss’s benefit instead of anyone else’s. Employees see the daily scrum as an opportunity for the boss to make sure everyone’s been getting work done, instead of as the collaboration tool it was intended to be.

The format of these meetings also means that they tend to be dominated by the most extroverted employees, while quieter employees often need to be prodded in order to contribute. This hardly fosters team spirit.

Overall, daily stand-up meetings rarely work as intended. It’s not often that employees learn anything illuminating from these meetings, and usually they’re just a transparent attempt for a micromanaging boss to keep track of what’s going on.

Give it a try.

If mismanaged, daily stand-up meetings don’t really achieve much. But if your team is working on distinct strands of a single project, this type of meeting is a fantastic way of keeping everyone in the loop without needing to book meeting rooms or entire hours out of your team’s schedule.

If you’re unsure if daily meetings are working for your team, ask and answer this question:

If the team leader is away, do the meetings still go ahead?

If not, it’s likely that your stand-up meetings are held chiefly for their benefit, with the team gaining little from the process.

On the other hand, if the team still hold the meeting, chances are you've found a good fit.

Do you use daily stand-up meetings at your business? Do you think they’re only useful for developers, or can other teams benefit? Leave us a comment below or give us a Tweet.