Through a combination of prolific blogging, no-nonsense customer service and unwavering support for his fellow indies, cafe owner Paul Rawlinson has seen tremendous success in business.

His Scandi-inspired cafe, Baltzersen’s, is hugely popular with locals, and has become one of the highest rated cafes in the Yorkshire region. Paul himself, meanwhile, has become known for his efforts to promote independent businesses, and in doing so has won the respect and support of the people of Harrogate.

It was Paul’s connection to the local community, in fact, that helped make his recent Kickstarter campaign — launched to generate the capital required to move his dinner service to premises of its own — so successful.

We sat down with Paul to find out what he learned through his crowdfunding experience and what advice he had for small business owners hoping to source finance from a larger audience rather than just a handful of investors.

Paul started Norse, a Nordic-themed dinner service offering small but carefully crafted plates of food, shortly after Baltzersen’s found its stride. Operating only at night, the business-within-a-business became a hit in no time, its delectable dishes finding their way into both the Michelin and Good Food Guides, as well as receiving a glowing review from The Observer's Jay Rayner.

Before long, however, Paul realised that the space — built around his cafe rather than the Norse dinner service — was the one thing holding him back.

“It just wasn’t designed to be a restaurant,” he said of the space. “The job the guys did with the kit they had and the space they had to do it in was amazing, but it was time to move Norse into a place of its own and really see what the team could do.” 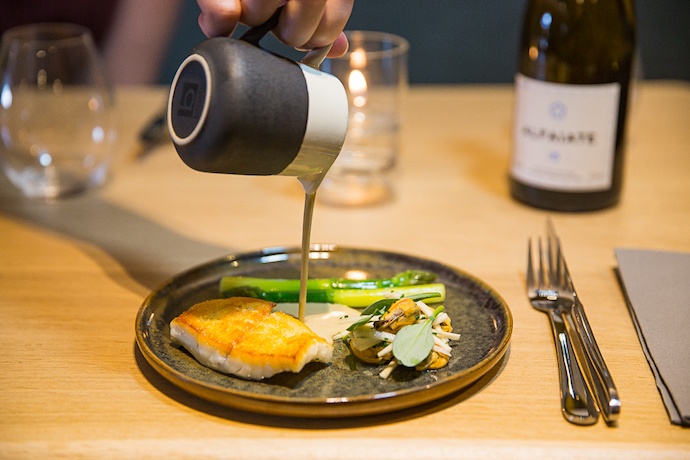 It wasn't just a space issue, either. The kind of food Paul's staff were serving didn't quite meld with the decor...

“We also wanted to tweak the format,” he continued. “The food we were doing was the best it had ever been, but it came at the expense of choice, with just a set menu. In the new place, we can give that choice back.”

In order to do that, he needed cash. After doing some sums, Paul and his team estimated that they'd need approximately £70k to fit the new premises out and purchase all the kit and tableware they'd need. Paul was able to secure £50k through private funding, but would need to look elsewhere for the final £20k.

Paul's decision to turn to crowdfunding wasn't just motivated by the need for cash, however.

“I always felt that Kickstarter would be suitable because you can get your audience on board and make them a real part of it. They’re the ones who are going to be spreading the word about the business. That was a big element of it — I wanted to involve people.

“It also helps that [Kickstarter campaigns are] still relatively newsworthy,” he added.

“We were lucky enough that Jay Rayner reviewed us back in 2014, so I emailed him and asked if he’d put us in News Bites in the sidebar of his column [on The Guardian website], and he did. That might not have happened if we hadn’t done a Kickstarter, and it helped create a bit of buzz.”

Bumps in the Road

We couldn’t help wondering whether Paul — a successful businessman with a thriving cafe and restaurant — met with any backlash by inviting members of the public to contribute their hard-earned cash.

“There was a little bit at the start,” he admits. “We wrote a blog post announcing that we were going to do a Kickstarter in two weeks’ time, and somebody picked up on it and put it on a Facebook group.

“These groups have an awful lot of people on them — this one had about 20,000 members — and the post they wrote was quite negative, saying, ‘I can’t believe this restaurant is basically asking for money to improve their business.’ The comments were mixed: some people stood up for us, but others were agreeing how disgraceful it was. 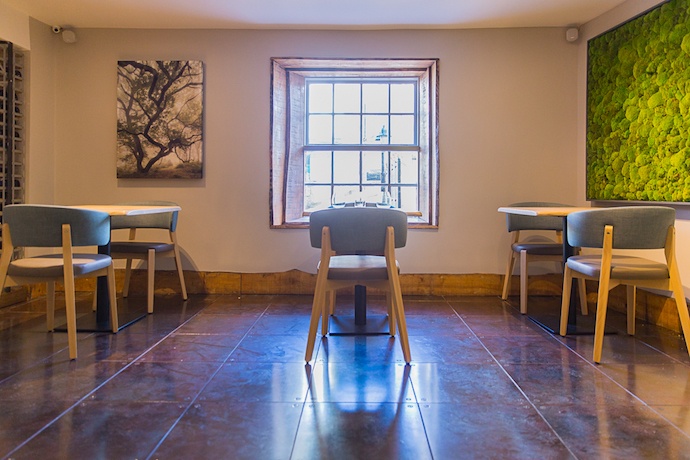 But of course, this being Paul — the same man who named and shamed his own cafe when a disgruntled customer took to the web to vent their anger about it — he met that criticism head-on.

“I started engaging with people directly,” he said. “I talked about what we were trying to do with the campaign and why we were inviting people to back us.

“In the end, we turned it around into a reasonably positive post, and people started getting behind us. Once you put a human face on some of these Facebook group interactions, people change their tone quite quickly."

One of the main ways that Paul managed to win his detractors over — and to show them that the Norse Kickstarter wasn’t simply a cash-grab — was by outlining his vision for the restaurant and his earnest desire to keep things local.

In his Kickstarter pitch, Paul puts constant emphasis on the fact that this is an effort to help grow the indie scene in the Harrogate area — something that, in his own words, stops towns becoming cardboard cutouts of one another.

Towards the end of the video, Paul even goes so far as to name the local businesses and tradespeople he plans to use to get Norse up and running, emphasising the fact that the restaurant's suppliers, too, will be local. 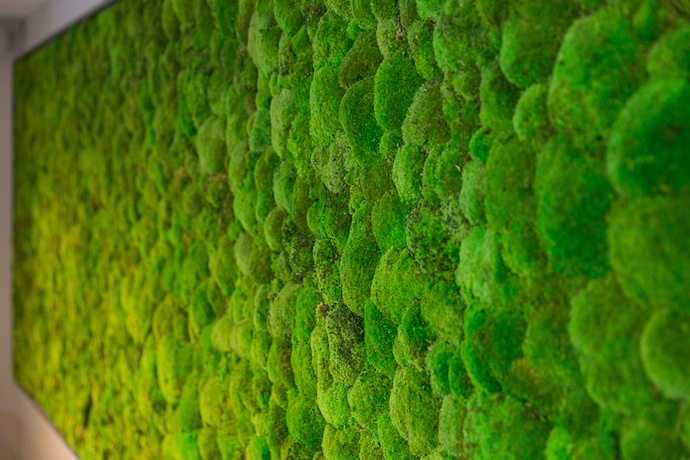 The message clearly resonated with the public. Not only did Norse smash its financial goal, but on the day I went to meet Paul earlier this year, I actually overheard a Baltzersen's customer proudly telling a fellow patron that he had backed the Norse Kickstarter.

"My name's going to be etched into the founders board inside the restaurant," the man told his fellow coffee-drinker. "We're going to go for dinner as soon as it opens."

This wasn't the language of a cold-hearted investor. These were the words of someone with genuine attachment to the project; someone who had invested more than just a few quid in return for a freebie.

Clearly, I thought as I listened to the man explain how the whole Kickstarter thing worked, he was very proud of what he and his fellow backers had achieved. That, it seems, was the real key to Norse's Kickstarter success.

Norse opened at its new location in April - and it wouldn't have been possible without the generosity of nearly 200 backers.

Tips for a Successful Kickstarter Campaign

Before we left, we asked Paul whether he had any tips for those considering using crowdfunding to get their own business off the ground.

“I’d definitely recommend Kickstarter, but there are other platforms that I didn’t really explore. There’s IndieGogo, for example, and there’s Crowdcube, which is an equity-based platform. You need to do your research to see which platform suits what you’re doing.

“If you’re trying to create something new from scratch, though, then I think [crowdfunding is] a real challenge. If you have no audience, you have no people to speak to. And if it’s not an amazing product that’s solving an existing problem, it’s difficult to convince people to back you.

Merely having an audience doesn't guarantee success. Paul explained how a difference in engagement can make or break a campaign.

“We were blessed that we had quite an engaged audience right from the off. There were other campaigns around that had a bit more star power and bigger names involved, yet they weren’t successful.

They had the kind of audience that was happy to retweet the campaign page, but that’s where their support ended. We, on the other hand, had people who came along to the launch night and were happy to stick in some cash to make it happen.” 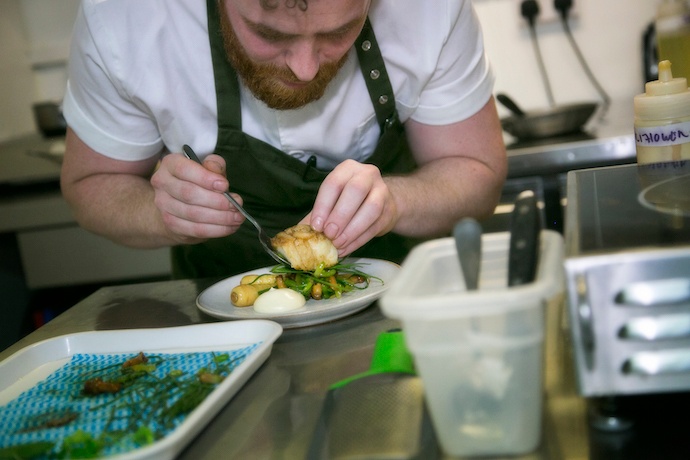 Then there's the actual Kickstarter page itself, which Paul warns takes a lot more effort to get right than you might think.

“It was a lot of work getting the page set up, making it look good, and shooting the video — there was a bit of expense involved.

“You don’t have to reinvent the wheel,” he added, "but you do need to do some research. I took tonnes of ideas from successful Kickstarter pages and repurposed them for my own use. I looked at successful restaurant campaigns and their videos.

"All Kickstarters are there to be looked at, whether they were successful or not — make sure you do your homework.” 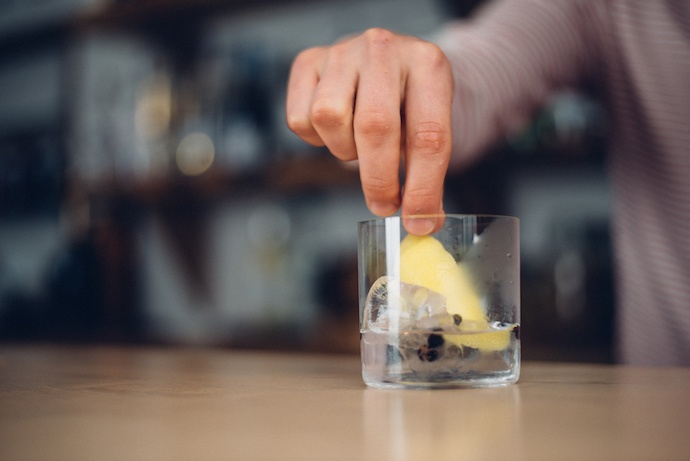 And then, of course, there are those all-important rewards.

“You want to offer some more interesting rewards alongside the staples like offering lunch and dinner or your standard product. You’ve got to ask yourself, ‘How easy is this going to be to deliver? How much is this going to cost?’ You're going to have to make good on these promises eventually.

"I felt like we had a reasonable balance, but you have to try to keep your pledges realistic,” he continued. “We offered a ‘Norse experience in your home’ reward, for example, but forgot to geographically limit it. That was bought by a gentleman down in Rutland, so the chef and I are going to have to go down there!"

“We’ll definitely do it,” he added, “but in hindsight, maybe we should have said ‘in Yorkshire’ for that reward!"

What struck us most about Paul's approach to Kickstarter was his desire to include the local community. By shifting focus away from the finished product — in this case a fully kitted-out restaurant — and onto how Norse would support the local community for years to come by involving numerous tradespeople and suppliers, Paul effectively invited the people of Harrogate to back themselves.

This chimes with his overall approach to doing business, but it also shows us that there is an additional gain to be had from crowdfunding: emotional investment.

This might not be possible for all types of business, admittedly, but for those that, like cafes and restaurants, rely on constant support from their customers after opening their doors, allowing backers to feel personally invested in the business also guarantees a degree of support for the future.

Could Paul have found another way to generate that last £20k needed to get Norse up and running? Possibly. But by opening the business up to the local community and letting them become a part — in some cases quite literally — of the restaurant, he gained far more than a mere injection of capital.

More than just a way of generating cash, it seems, crowdfunding can be a highly effective PR tool — you just have to know how to wield it.

Many thanks to Paul Rawlinson for taking the time to talk to us. For more information about Norse, follow @EatNorse on Twitter, or visit their homepage.

Need help running your own Kickstarter campaign? Don't miss: A Beginner’s Guide to Crowdfunding for SMEs.