So you’ve secured a job doing something you love. The pay’s good, the perks are great, and you work with people who are passionate about what they do.

There’s just one minor issue: your boss is a nightmare.

It's scary how much impact an inept, bullish or lazy boss can have on office morale. But when you love everything else about your job, it would be a shame to walk away from it just because your boss isn't the greatest.

With that in mind, today on the RotaCloud business growth blog we’re taking a look at five kinds of difficult bosses — as well as offering up some advice on how to deal with them.

There are, of course, many different kinds of bad boss out there. Some are even a nightmarish mix of two or more types. The following five, however, are the ones that we at RotaCloud have encountered the most during our careers so far.

Hopefully, you'll never have to meet any of them, but if you do, here's how to handle them... 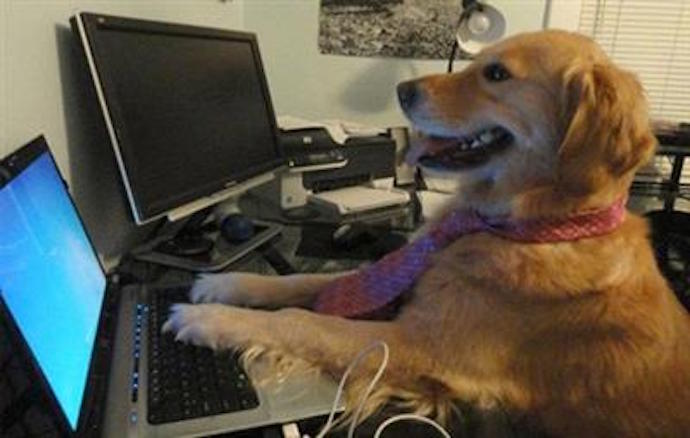 On the surface, they’re the best kind of boss imaginable: funny, friendly and approachable. But when it comes to actually getting things done, it all starts to fall apart.

Reluctant as you may be to say it, your boss is a weak link in the company chain. They're hesitant when making decisions, often forget to do things they said they would, and frequently come to you with last-minute requests after realising they've overlooked something.

Be proactive. Give yourself deadlines to work to if none are set, and try to bring any that are a forward by a couple of days. That way, if your boss does suddenly come to you with additional work, you won't have to rush it.

When you complete a project, make sure you get it signed off to protect your own back.

If you'll be working on the same task for a while, meanwhile, make time to check in with your boss along the way via whatever method they are most likely to respond. If they often miss emails, update them in person. If they forget entire conversations you've had, reach out to them via email or whatever project management platform your company employs.

By doing this, you'll not only keep the project in the back of your boss' mind at all times, but also ensure that any stages where their input is required won't suddenly creep up on them.

If you go down the email route, you'll also have evidence to show to higher-ups that you played your part in keeping things on track, even if the manager failed to do the same.

Be careful not to be seen to go over your boss' head, however. It's good to use your initiative, but even the nicest of managers will take issue with a member of their team acting like they know better. 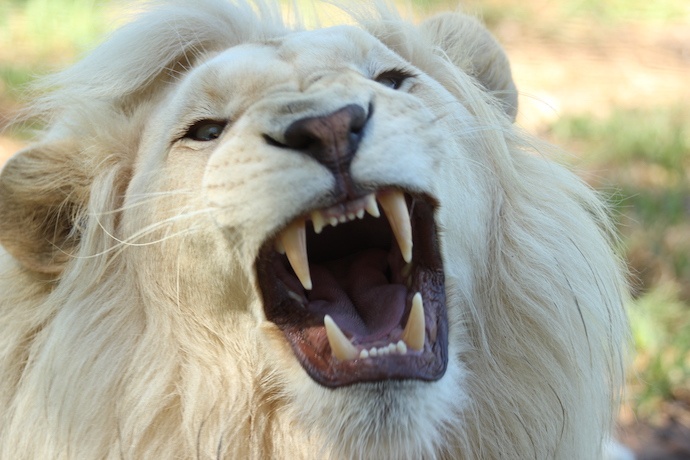 How could you not?

Going from calm to enraged in the blink of an eye, Shouters seem to believe that being a boss is all about the amount of noise you make.

They think nothing of dropping the F-bomb at work and make everyone jump out of their skin with their sudden outbursts in an otherwise peaceful office. You walk on eggshells when they're around and generally do your best to avoid them.

The first thing to remember when dealing with a Shouter is to keep your cool. Nothing stops a hothead in their tracks faster than when their petulant behaviour fails to get a reaction.

The mere presence of a Shouter can send you straight back to your favourite job site, but before you give up entirely, take a step back and try to focus on the words your boss is using rather than the volume at which they project them.

Are they just sounding off, or are they actually making valid points? There’s no denying that yelling is a terrible way to manage a team, but even Shouters make sense sometimes.

If you personally find yourself on the receiving end of your boss' acid tongue, try to ascertain what it is that they're so upset about. Own up to your mistakes if you've made any and establish what needs to be done to rectify them — it's hard to keep yelling at someone who is calmly trying to make things better.

So long as your boss isn't unfairly targeting you or making you feel physically unsafe, it may be easier to stay out of their way and to try to avoid doing anything that might set them off. Ultimately, you'll have to decide whether or not your job is worth putting up with their antics. 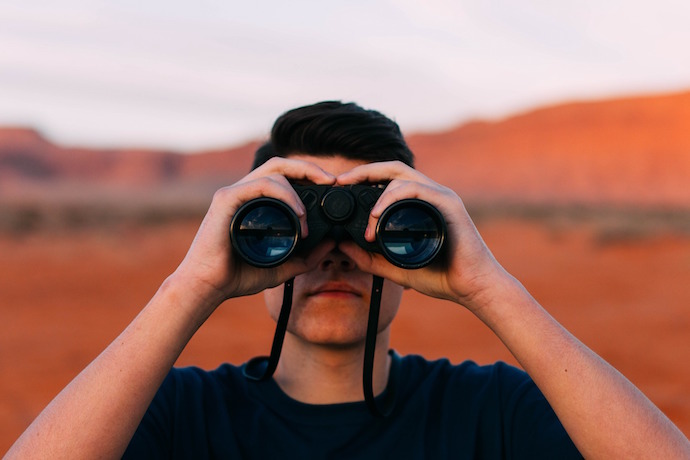 Oh, you'll spot them. In fact, they'll probably spot themselves for you.

Micromanager bosses never leave their staff alone. They'll draw your attention to every minute detail, pester you via email several times a day, and wrest control from you even when they've spent hours giving detailed instructions.

The first thing you should do is take a quick look in the mirror. Be honest: is your boss' nagging entirely unwarranted, or have you given them a reason to constantly keep tabs on you? Perhaps you've missed a few deadlines or turned in work that could have done with a little extra polish?

If you're confident that you're completely on top of your game, then you need to convey that to your boss.

Rather than openly confronting them about their micromanaging, however, try to remove the need for them to do it at all.

Stay one step ahead by checking in with them without being prompted. Try to anticipate your boss' behaviour and flag potential issues before they have a chance to. If they do step in, thank them for their input but make a point of saying how glad you are that you're both on the same page.

When you think you've done enough to earn their trust, ask them if you can take the lead on your next project. You'll still need to give them opportunities to provide feedback (old habits die hard!), but by establishing your lead role from the beginning, they'll be less likely to interfere. 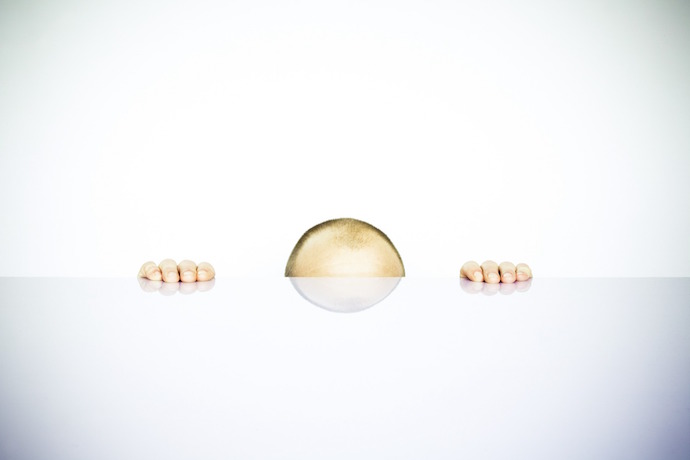 You’ve become more accustomed to the sight of your boss' empty chair than their face. You rarely have any idea whether or not they'll be in, and when they do show up they usually shut themselves away, taking phone calls or holding some meeting or other.

The issue here isn’t so much how you can improve your relationship with your boss, as what you can do without them around for guidance. The simple solution is to own your role and work just as you would if they were seated next to you.

That's easier said than done when you need your boss to sign projects off or give their input, but where possible you should forge ahead with your work and use your initiative.

It's important to be as transparent as possible when doing this. Even if they don't reply, include your boss in relevant email conversations so that they're — on paper at least — kept in the loop. Document your progress and any issues you've had. Leave them memos when action has to be taken in their absence.

By doing this, not only will you cover your own back if your boss suddenly resurfaces and demands to know why they 'weren't informed', but they'll also be able to get themselves up to speed without pestering you.

Don't assume that your boss or manager isn't keeping tabs from afar, however.

You might think that your emails are going unread and that your manager has no idea what you're doing each day, but this could well be their style of working. The polar opposite of a micromanager, your Invisible Boss could simply be letting you call the shots and stepping in only when they feel you've made a misstep. 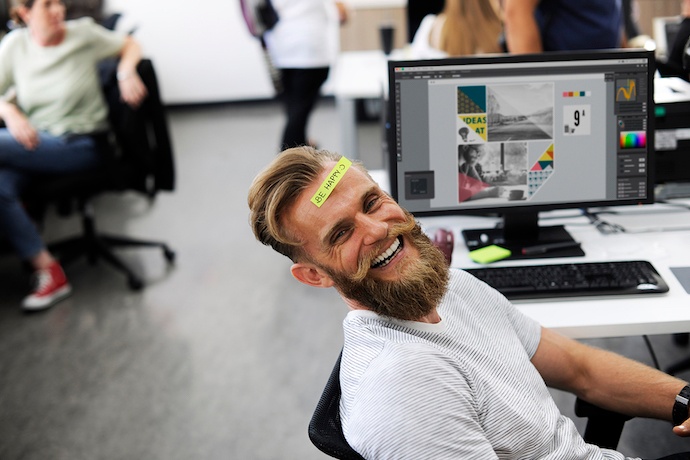 The Full-Time Fanatic lives for their work. That in itself is great, but problems start to arise when their staff aren't quite as enthusiastic as their boss, and would rather spend their weekends on the sofa than the side of a mountain learning about teamwork.

When your boss puts in dozens of hours of overtime, it's easy to feel pressured to do the same — especially if their workaholic ways have already spread to the rest of the team.

No one wants to be the first one out the door when the clock strikes five, but submitting to a culture of daily overtime is a slippery slope to go down.

You shouldn't feel obliged to put in more than your contracted hours, but if you're concerned that leaving on time will reflect poorly on you, then you'll need to do some damage control.

Try to make your presence felt when you are around. Make a point of getting some face-time with your boss at least once a day and be seen to be proactive at work. If your boss thrives on productivity and creative thinking, make a habit of running new ideas by them and showing your enthusiasm.

If you still feel that not sticking around until 7 or 8 at night is going to reduce your chances of promotion, then consider sitting down with you boss and laying your cards on the table.

Tell them that you love what you do, but that you have commitments outside of work — for all you know, it could simply be that their own enthusiasm has been misinterpreted by the rest of the team as an expectation of them, and your boss could be completely fine with you shipping out at the end of your contracted hours just so long as you've done everything that was required of you.

It's easy to fixate on the problems you've been having with your boss when you tend only to interact with them a couple of times a day.

But instead of submitting to the notion that your relationship with your boss will never work out, take a step back and look at what you can do on your end to remedy the situation. After all, you don't have much control over how they act, but you can change your actions.

Adapting your way of working to fit your problem boss' management style may put a dent in your pride at first, but if it means that you'll make life easier for yourself and be able to remain in a job that you love, then it's usually worth it.

If your boss remains unresponsive to your efforts and continues to be the bane of your life in the office, then it may be time to start looking elsewhere. Just don't be tempted to give in at the first sign of friction — your career is worth more than that, and even the most difficult of bosses change and move on given enough time.

If your boss is open to changing their management style, you might want to cheekily point them to our staff management blog archives...