Known as "National Sickie Day", the first Monday of February is the day when employees — perhaps no longer buoyed by the buzz of a brand new year, and slowly realising that the next bank holiday is still months away — are statistically most likely to call in sick.

Where we Brits might share the same desire to take a day off, however, some of us are a little more gifted than other when it comes to coming up with credible excuses. Just ask the employers we spoke with about the outlandish reasons their staff have given for not coming in to work...

Come on, Britain; we can do better than this, surely?

#10: Got flu from opening the fridge late at night

Late-night snackers, beware: your fridge could be the death of you!

An employee of one manager who contacted us reportedly once called in sick claiming to have the flu. While that in itself isn't exactly unheard of, the way in which they claimed to have contracted the virus — catching a chill by opening their fridge for a drink late at night — seemed marginally less credible.

Another manager we spoke to told us that one of their employees once claimed that the reason he couldn't come to work was because he was "allergic" to yellow polo shirts. In a cruel twist of fate, it just so happened that this same individual's work uniform included — you guessed it — a yellow polo shirt.

Doubling down on their incredulity, the employee then demanded that the company change its colours immediately to allow him to return to work — adding that, unless the request was fulfilled, he wouldn’t be coming back.

Despite there not being a confirmed case of Ebola in the UK since 2015 — and only three confirmed cases in the country ever — one employee’s reason for not turning up for work was that they had full-blown Ebola and, as well as being gravely ill, was no doubt highly contagious.

The manager who shared this account with us said that she advised her employee to make the prime minister aware of their condition, since there were no confirmed cases of Ebola in the UK at the time, and that they should probably quarantine themselves. Miraculously, the staff member in question returned to work the next day, Ebola-free.

One staff member was reportedly unable to come into work because, we quote, “I’m going to the hospital cause I think I've broke my ribs last night when I was jumping at the beach and pretending to be a salmon, I'm sorry x"

One RotaCloud customer responded to our shout-out for stories of employee absence with an excuse that was certainly unusual, but undeniably iron-clad...

The employee in question, who had previously maintained consistently high levels of attendance and punctuality, suddenly started requesting a lot of time off. Then after a few weeks of shift changes and rota adjustments to accommodate him, the employee simply didn't show up for work.

Genuinely concerned for the employee's welfare, his manager set about hunting him down. When they eventually found the errant employee, it turned out he was doing time at Her Majesty’s Pleasure and all the time off had been to sign in at the police station in advance of his sentencing. His dismissal letter was sent to HMP Pentonville.

One staff member was apparently unable to come to work because their cat had effectively locked them in. After nabbing its owner's keys, the mischievous moggy purportedly ran off with them and hid behind the oven, rendering the employee incapable of leaving their own house.

Pesky pets were a recurring theme in our long list of questionable excuses. This team member apparently called in to advise their manager that their dog had eaten their glasses, meaning that they could neither drive in to work safely nor use a computer once they'd arrived.

This next excuse definitely takes the 'must try harder' award: calling — not texting or emailing — to tell your boss that you've lost your voice.

When this employee rang their boss to tell them of their sudden but pronounced bout of laryngitis, they had seemingly forgotten about nature of the illness entirely, and didn't even bother to make their voice sound even a tiny bit gravelly. Perhaps they realised that placing a silent phone call might not be the best way to communicate their condition!

One unfortunate employee said they'd been eating a snack when a seagull attacked her and bit her head. The bonce-biting bird wounded her so gravely, in fact, that she had to go to hospital, and thus, wouldn't be able to come in to work.

Apparently, keeping your windows open at night while can have unintended consequences:

According to the final employer we heard from, a member of their team arrived at work one day long past his scheduled start-time. When questioned about his tardiness, he explained that the previous night had been a particularly foggy one and that, because he had foolishly slept with his windows open, the fog had poured into his room and obscured his view of his clock.

You could say he mist his shift...

No one should have a job where they need to come up with excuses to not go in. Here in the RotaCloud office, we try to make our working environment as nice as possible — so that people genuinely want to come to work! From workplace perks, to flexible working and fair amounts of paid time off, there are loads of different ways an employer can improve an employee’s working life.

However, there will always be some people who perhaps take things a bit too far. And, if you have a member of staff who claims to have been overwhelmed by indoor fog… it might be worth doing some further checking. 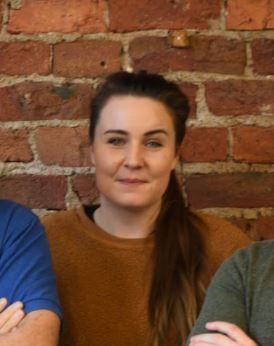