Anyone who has spent even a couple of days in the Land of the Rising Sun will tell you that the Japanese are the kings of customer service.

Whether you're buying a book, ordering a meal or checking in to a hotel, you can expect to be treated like a local celebrity — the clerk repeatedly thanking you for your patronage, handling your cash like it's centuries-old parchment, and using respectful language that places themselves well below you, the valued customer.

There are of course myriad cultural and psychological factors underpinning Japanese customer service, but there's a great deal that UK business owners can learn from it — and use to their advantage.

With this in mind, today I'd like to share with you a few examples of the kind of everyday customer service that I experienced during roughly nine years of living and working in Japan. 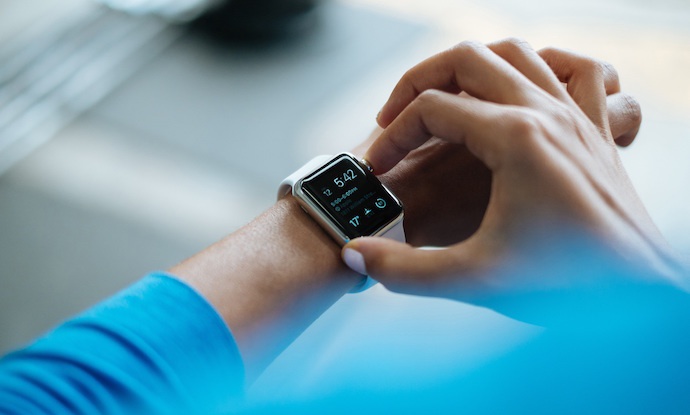 "People in this country are always late," my wife said as we stood looking out of our front window waiting for the plumber to arrive.

She had a point. Generally speaking, we Brits aren't exactly known for our punctuality.

This only really occurred to me after we moved back to the UK from Tokyo. After a few years away, you start to notice little things — parcels and furniture deliveries arriving later than expected; your stylist not being ready for you when you arrive for a hair appointment; trains and buses rolling in long after they should have left.

When our plumber eventually turned up, 45 minutes late and muttering something about a job taking longer than expected, I said that it was fine and showed him to our broken boiler.

But it's not fine. Not really.

When it comes to business, whether you're repairing boilers, serving food or selling software as a service, an apology shouldn't be the first thing out of your mouth. And, if an apology really is due, then it shouldn't just be lip-service.

You've no doubt heard about the incredible punctuality of Japan's trains. Both the local trains and high-speed shinkansen bullet trains run like clockwork, arriving and departing with ruthless efficiency every three or four minutes during rush-hour.

If one of these trains is ever late, its lateness is always acknowledged by the operator, with the driver apologising over the loudspeaker at every station they pull into and explaining why the train is <gasp> two minutes behind schedule.

When the train's passengers alight at Tokyo's central hub of Shinjuku, meanwhile, you'll see staff standing at the ticket gates handing out slips of paper called 'chien shoumeisho' — certificates of lateness that commuters can give to their employers to prove that their lateness was not their own doing.

Lateness simply isn't tolerated in Japan quite like it is here in the UK. And as a result, people — both in business and in their personal lives — are incredibly punctual. 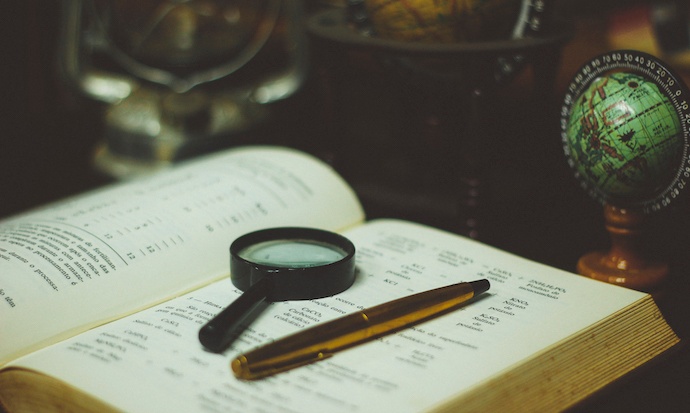 The Japanese are not just preoccupied with punctuality — they also have a keen eye for detail.

And that, in turn, translates into some first-class customer service.

A few examples off the top of my head:

One particular instance of attention to detail that sticks in my mind, however, was when a food delivery driver gave me the equivalent of five pence as a thank-you for my patronage.

It was a particularly hot summer day, and, unable to bring ourselves to leave the comfort of our air-conditioned apartment to go food shopping, my wife and I decided to phone a local fast food outlet and put in a delivery order.

When the delivery driver arrived half an hour later, he handed over our food with a smile, received my payment with a tiny bow and then, just as I was about to close the door, gave me a small, white envelope about the length of my little finger.

Curious, I lifted the flap and peeped inside to find a single 10-yen coin, which at the time was worth about 5p.

It transpired that, lacking an online order form, the company (a hamburger chain called Mos Burger) would give customers who placed orders by phone 10 yen to cover the cost of their phone call.

It was a tiny gesture, but that single copper coin had a big impact on me. It told me that this company genuinely valued my custom and that they had considered not just their food and its delivery, but their customer's entire journey right from the minute they decided to pick up the phone.

The Customer is God 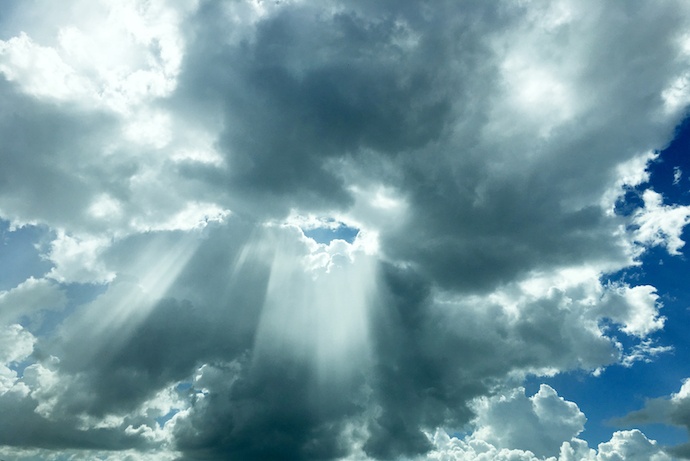 "The customer is king" is a mantra that we hear from time to time in the retail and hospitality industries.

In Japan, however, the phrase is a little different. In Japan, "The customer is God."

It's just as cringe-inducing as the English version, admittedly, but I can honestly say that I have never been treated as well as a customer as I did in Japan.

When buying a new coat at a department store in Tokyo, for example, the shop assistant who helped me make my purchase not only ran back and forth with various options for me like a personal shopper, but, when I'd finally made my purchase, carried my bag to the threshold of the store for me.

Slightly flustered at receiving quite such regal treatment for an £80 coat, I looked back at the store to see the same clerk still at the entrance, smiling and bowing at me as I walked away.

During a trip to Hiroshima, when checking in to my hotel (an averagely priced place not too far from the station), rather than making me queue at the check-in counter, a member of staff quickly unburdened of my luggage and ushered me to a comfortable chair until the desk was free.

Even in less upmarket shops, the level of customer service is startlingly high.

Pop into a branch of the popular fashion chain Uniqlo (think Gap but a little easier on the wallet), shouts of "Irasshaimase!" ("Welcome!") will erupt from every corner of the store whenever a customer walks through the door.

Stand in line to buy a bottle of water at a neighbourhood convenience store and staff will run (literally run) to open up another till rather than make you wait 30 seconds.

In truth, there were times when I wished I could slip in and out of a shop without the fuss, but the level of dedication that everyday shop staff show to their work always impressed me, and, now that I'm back in the UK, I actually kind of miss it. 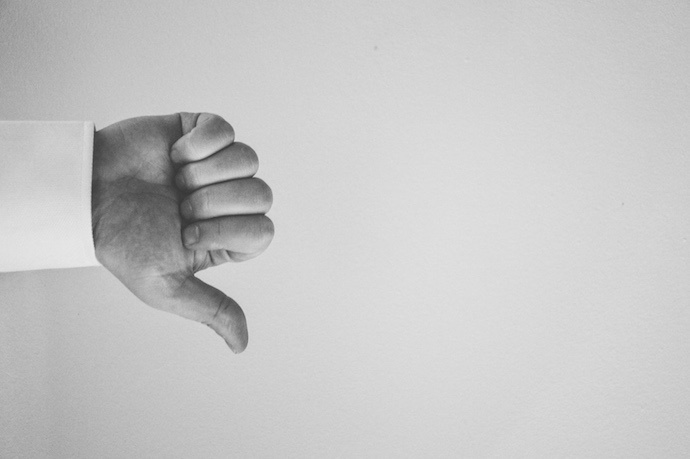 Of course, this stellar customer service comes with a caveat.

Japan's ruthless efficiency brings with it a maddening level of inflexibility that simply wouldn't fly in the western world.

Ask a member of staff to go off-script and make a concession and a look of panic will enter their eyes.

Requests to substitute one side-dish for another in a set menu were met with pained expressions and long discussions between the waiter and manager before I was politely told that, unfortunately, then it wouldn't be a set menu, so...

When it came time for me to return to the UK, the company I was working for was contractually obliged to refund the cost of my flight. When I pointed out that a return ticket was actually much cheaper than a single flight, however, my boss simply shook his head.

"It says in the contract that we have to pay for a one-way ticket," he said.

"But a return ticket will save you money," I replied, amused.

In the end, I purchased, and then promptly cancelled, a one-way ticket before buying a cheaper return. I told this to my boss, who just nodded. As far as the company was concerned, so long as they'd been seen to follow the rules and reimbursed me for the one-way ticket, he was happy.

In Japan, the rules are there to be followed — which is why everything runs so smoothly. Westerners especially will inevitably find themselves frustrated after a year or two living there, however, for the selfsame reason.

It's clear that the bar for customer service is set a little higher in Japan. The kind of things that many of us in the UK might consider going the extra mile have become the de facto standard in Japan, so customers expect a more from the people and companies they deal with.

Rather than simply wanting to sing Japan's praises today, it's my hope that UK businesses will be able to spot opportunities to improve their own customer service in these examples.

Instead, business owners try to focus more on their customers' needs and consider every step of the customer journey rather than simply chasing sales and conversions.

UK business owners don't need to start bowing or yelling "Welcome!" to every customer who walks through their doors, nor should they attempt to mimic everything that Japanese businesses do.

But, just as how any aspiring athlete will look to the Usain Bolts and Mo Farahs of the world, small businesses should never be content with providing the same level of customer service as their immediate, local competition.

Instead, they should be looking to the world champions of customer service and asking themselves what they can learn from them.

And that title, I think will can all agree, currently belongs to Japan.