Work in close proximity to someone for long enough, and you start to notice all of their little habits and quirks. Most of the time, these things are nothing to write home about — the way Jeff from Sales always taps his spoon twice against the side of his mug after stirring his tea, or how Susan stretches and adjusts the angle of her monitor every morning before starting work.

Sometimes, though, our office-mates' habits are enough to drive us up the wall.

Today on the RotaCloud Small Business Success Blog, we're taking a break from our regularly scheduled programming to bring you a list of ten of the most irritating office habits ever, as compiled by our crack team of researchers.

Are you guilty of any of these office offences?

Whether it's a deskmate chomping on an apple or a colleague munching potato salad with their mouth open, noisy eaters are one of the most commonly reported irritants in the office environment.

Almost as bad as the slurping and lip-smacking itself, however, is the fact that politeness often precludes us from actually saying anything about their offensive behaviour. Instead, we try to ignore it for months or years on end, discreetly shuddering at the very sight of them producing a Müller Light from their bag... 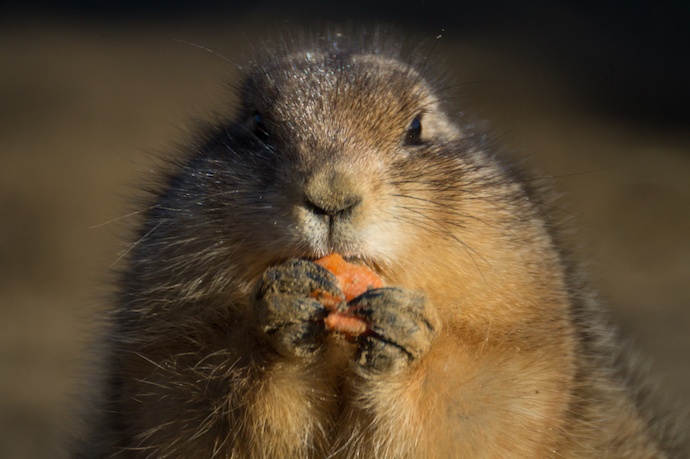 You're ever so cute, Karen, but I might have to murder you...

2. Listening to loud music via headphones

There's nothing inherently wrong with allowing your staff wear headphones at work, but when their music is so loud that everyone else can hear it, it can be enormously irritating.

"The guy who sits opposite me always listens to rap music while he works," designer Ellen told us. "He says it's not that loud, but it really bugs me."

"I might have to buy a pair of headphones myself, just so I can escape from the constant hiss."

We all get a beat stuck in our heads every now and then. But constantly tapping rhythms out on your desk is bound to bug your workmates sooner or later.

The thing is, habitual desk drummers often don't even realise that they're doing it. Their rhythmic sessions can begin anytime, anywhere and last anywhere from a couple of seconds to the length of an entire album — and it's only when someone gives them a good, hard glare they they realise they're driving everyone mad. 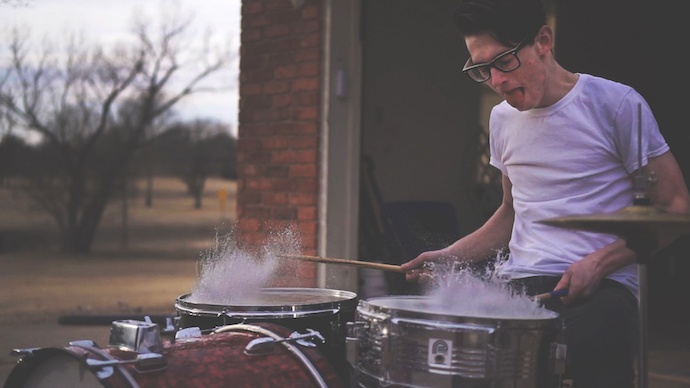 4. Forcing people to sponsor you — all the time

"I know charity begins at home," marketing assistant Andrew told us, "but there's one person in our office who's constantly asking people to sponsor them for some walk or run or something."

"I could just say 'no', but then I'd get a reputation as the office scrooge. So instead, I just put on a fake smile and root around in my pocket for anything smaller than a tenner..."

5. Putting virtually empty bottles of milk back in the fridge

"I've lost count of the number of times I've taken the milk out of the fridge only to find there's barely a thimble of milk in the bottle," said care worker James.

"What maniac is brewing their cups of tea so precisely that they can't squeeze a few extra dregs of milk in and put the bottle in the bin?"

We hear you, James. These people are clearly monsters. 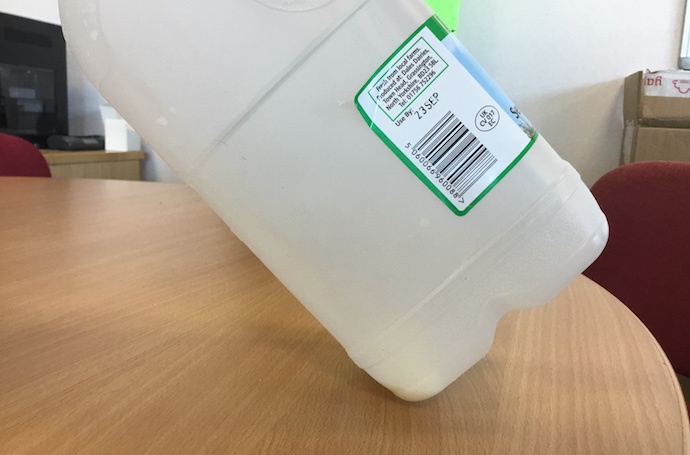 Some people just want to watch the world burn...

6. Wearing too much perfume or body spray

Sitting next to someone with poor personal hygiene is no fun, but being choked by your deskmate's perfume on a daily basis can be just as bad.

"The girl I used to sit next to at work would absolutely douse herself in perfume," said former office worker Greg.

"It was overwhelming at the best of times, but one day I came in feeling a bit under the weather, and the smell of her perfume was so much that I had to go out for air."

Another person we spoke to told us that their colleague had a habit of "freshening up" with a can of body spray every day upon their arrival at the office.

"I've swallowed more Lynx Africa over the years than can possibly be healthy..."

7. Putting passive-aggressive Post-it notes on everything

The only thing worse than having a slovenly or inconsiderate coworker is working with someone who (usually anonymously) leaves passive-aggressive notes around the office when they're even mildly inconvenienced by others' behaviour.

"Thank you for leaving the toilet as you found it!"

"Please do not use other people's mugs!!! THANK YOU!"

"Can we all PLEASE remember to return any washed spoons to the drawer rather than leaving them on the side? Thanks!"

We should all try to be considerate of others at work, but if someone leaves a note like any of the above, you're well within your rights to immediately make a Cuppa Soup in their mug. And then leave a spoon in it. 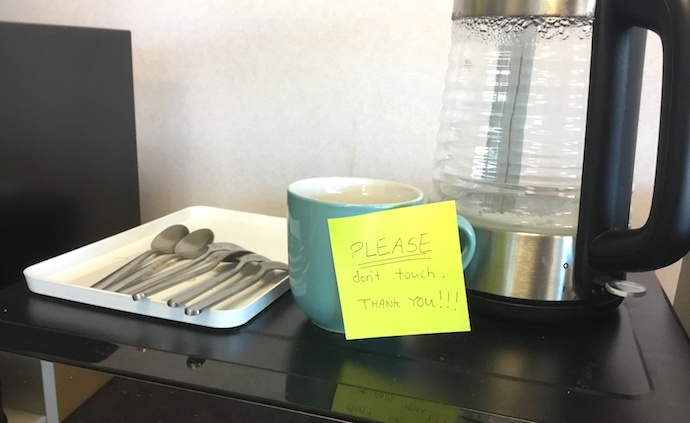 Hell hath no fury like a post-it note written

Everyone loves the person in the office who offers to make them a cup of tea. Their offer becomes much less attractive, however, when said person is renown for never cleaning their mug...

"There's a guy in work who never, ever washes his mug out," secondary school teacher Alison told us. "It used to be white, but now it's closer to brown around the rim — it churns my stomach."

"I never take him up on his offer to make a round," she added. "I don't want any spoon that's been anywhere near his rancid mug to come into contact with mine."

There are some foods are simply not OK to bring in to work, much less heat up in the microwave and stink the entire kitchen out.

"Microwaving fish in the office microwave should be a sackable offence," said RotaCloud's own Joel Beverley. We think he's joking, but his expression would suggest otherwise.

Do your coworkers a favour and save those kippers and curries for home... 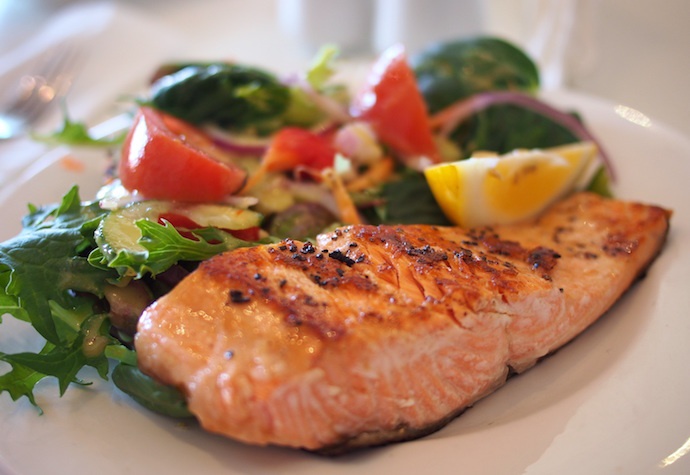 Nobody minds if your mobile phone quietly pings every so often at work. But letting it blare out some annoying ringtone every few minutes is rightly going to have your workmates secretly plotting your demise.

"My coworker makes a point of not answering his mobile phone at work because, I think, he wants to look professional," said IT technician Desmond.

"He never bothers to put [his phone] on silent mode, though," he added. "He just lets it ring and ring at full volume and we all have to listen to it..."

Others, meanwhile, are more annoyed by their colleagues' refusal to put their phones down.

"The guy I sit next to at work is always messing about with his mobile," customer service rep Nicki told us. "He's either chatting away at full volume he's tapping away at his screen like a madman — and then he bangs on about how busy he is."

Switch the sound off and put it in a drawer, guys. Your coworkers will thank you.

Are there any annoying office habits that you think should be on this list? Leave us a comment below. Go on, it'll make you feel better!