Your customers are important to you - or at least they should be! Without them, you wouldn't have a job. This is true whether you're a customer service rep, the CEO, a developer, or a marketer.

Therefore, as with many other aspects of your business (such as your product or your staff), you should act as if you care about your customers.

Thankfully, most businesses do care about their customers. However, some are better than others at showing this.

Here are five of my favourite examples of where companies have gone above and beyond the call of duty to show how much they care about a customer.

(And, just for fun, there's also an example of how not to deal with customers.)

Believe it or not, there is a UK Customer Satisfaction Index. This is an initiative run by the Institute of Customer Service.

Every six months it surveys the customers of its member companies and, using customers' priorities as a weighting mechanism, gives each company a score out of 100 for customer satisfaction.

As such, there are probably thousands of examples of Amazon delivering great service, but I found this example on Reddit.

To cut a long story short, someone ordered a bunch of books from Amazon to take on holiday. Amazon passed it onto Canada Post, who then proceeded to misplace the whole shipment.

The customer then had to go on holiday having not received the package.

Her parents contacted Amazon and they probably wouldn't have been surprised if Amazon had pointed them firmly in the direction of Canada Post - who were the ones actually at fault.

However, Amazon took it upon themselves to send the whole shipment again. Not only that, but they made special arrangements for it to be delivered to the customer on holiday, via a local shipping company.

This is an example of a company caring more about customer satisfaction than maximising short term profits.

Amazon made the process as easy as possible for the customer - rather than sending her chasing after a bunch of different companies to find a solution. Amazon probably handled that stuff themselves to claim back the stock. 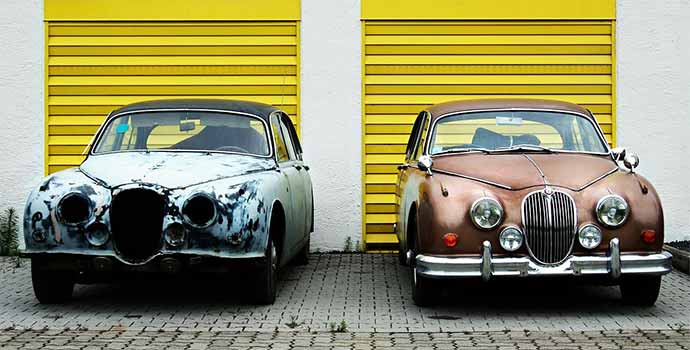 It's often the smallest businesses which care most about their customers. After all, when you only have a few customers there is much more to lose if someone isn't satisfied.

Jimyz Automotive is an Auto Repair service in Streetsboro, Ohio, and despite having a horribly-spelled name, Jimyz really knows how to keep their customers happy.

In November 2010, a Redditor posted a photo of a handwritten card he'd received from Jimyz, expressing how grateful Jim (the proprietor) was for their custom.

That's pretty darn lovely all on its own, but the best thing about this is that comments started popping up in the thread from people who lived nearby saying how great Jimyz was for them too.

One woman even expressed how her mechanic husband worked for a local competitor, but they would still take their car to Jimyz because he was so good.

This is a great example of a local business owner genuinely wanting the best for his customers.

A lot of blogs about outstanding customer service focus on big gestures designed to surprise people.

These gestures often generate a lot of positive publicity. That kind of thing is great, but it's good to remember that sometimes it's not what you do - it's how you do it.

This example, again from Reddit, goes to show what a difference you can make by making a customer interaction into an enjoyable experience.

Nintendo had designed an experience specifically for their customers, which began by using the soundtracks from their games as the hold music. u/OnscreenForecaster says he "didn't even mind waiting".

Once he got through to speak to someone, the rep didn't do anything particularly special. By that I mean that he didn't go out of his way to give the customer any special treatment, or make any exceptions for him. He went through the process by the book to deal with the problem.

However, the outstanding thing here is that the rep played to the customer's interests. He used his knowledge that the customer had a particular Nintendo product to make the conversation more friendly, by asking the customer about the games he had been playing.

A lot of companies try to make small talk, but a lot of the time it's confined to subjects such as the weather - particularly for us Brits! This can feel awkward and forced from a customer's point of view.

However, if you are in a particular market, you can definitely use your knowledge about your customers to your advantage and give them a much more enjoyable support experience. 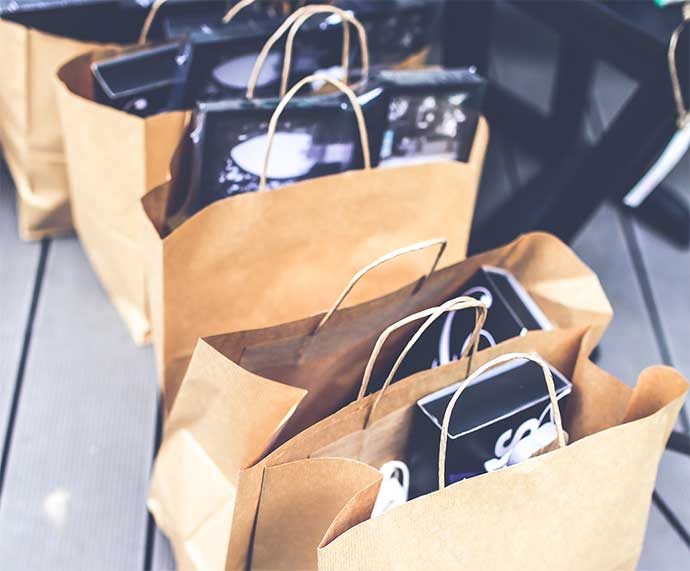 Zappos is known in the US for its fantastic customer service, but as this Quora user points out, they even go above and beyond behind the scenes without telling you.

Thankless favours are always wonderful to receive. I was once on holiday in the US and got a meal for six entirely paid for by a stranger in the restaurant, and he insisted the waitress not tell us until he'd left. This gesture shows true goodwill: he didn't need the gratification of being thanked. Just giving the gift is satisfaction enough.

Zappos do something similar here, but for every single one of their customers. It turns out that whenever you order from Zappos, they upgrade you to priority shipping free of charge, without telling you.

This is an example of a company doing something good because they can, and not because they want publicity. If they wanted publicity, they would send you an email or something saying "We've upgraded your shipment". But they don't, and I think that's wonderful.

Imagine your surprise when a package you expected to arrive in 3-5 business days actually arrives the next day. I'd definitely buy from that company again.

So try to do something nice for your customers, just for the sake of it. They will absolutely reward you in loyalty.

An unforgettable experience - The Ritz-Carlton

Sometimes, an opportunity presents itself and you can't help but do something special. These are the kind of gestures which go viral. Think of Giraffe Bread.

Usually these are publicity stunts - stories that the recipient of the gesture will want to blog about and tell the press about. But that doesn't take away from the fact that these gestures are often really, really nice things for a company to do.

This story about a family who's son lost his toy giraffe at a hotel has to be one of my favourites. It's incredibly touching, and shows how a company can go out of their way to really cheer someone up.

After the hotel had found Joshie the stuffed giraffe, they contacted the father, who had told his son that Joshie was just taking an extended holiday.

After the hotel learned of the fabricated story, they took it upon themselves to make it a reality. They made a binder full of photos of Joshie enjoying his time at the hotel. They even made him a staff card and drafted him onto the Loss Prevention Team for the day.

It's such a lovely story that obviously went viral. We all know how good viral stories are for publicity, and gestures like this paint a picture of your company as a genuinely caring group of people.

Walmart are pretty notorious for bad customer service. As with the others on this list, this example is probably one among many.

Going back to the UK Customer Satisfaction Index, it was found that the top customer priorities are staff competence (over the phone and in person), staff fulfilling promises, helpfulness of staff, and complaint handling.

In one fell swoop, Walmart managed to fail on delivering all of these.

Long story short, a customer in Walmart wanted to buy a TV, and a salesperson volunteered to carry it to the customer's car.

While taking it from the shelf in plain sight, the salesperson dropped the 50-inch system flat on its face. Then he picked it up and continued as if nothing had happened.

At this point, the customer (quite rightly) asked that the salesperson fetch a replacement since it was probably damaged from the fall.

The salesperson (and, a few minutes later, his manager) assured the customer that the TV was probably fine and that the customer should buy it.

The customer took them up on their promise and paid for the TV.

Lo and behold, when he took it home and opened the box, he saw that it was broken and didn't work properly.

He took the TV straight back to Walmart and arrived in the store two hours after he'd first left. He spoke to the manager he had previously dealt with, who dismissed responsibility and directed the customer to the manufacturer.

After an argument, the best the manager could do was in-store credit.

At this point they are also not fulfilling their promises, since Walmart's website clearly states that "If an item you received from Walmart is damaged or defective, you can return it to us by mail or at any Walmart store."

After an hour-long argument the customer finally resolved the issue by insisting to see the CCTV footage from the time he purchased the TV.

Finally, the manager gave in and fetched a new TV. The whole process took three hours from the initial mistake, whereas it could have been rectified in five minutes if the salesperson had accepted responsibility and fetched a new TV straight after he'd originally dropped it.

With this incident, Walmart showed that it is possible to go against everything that is important to a customer in one fell swoop.

The theme that runs through all the (good) examples is that each company tried to make the process as easy and enjoyable as possible for the customer. If the customer is already having problems using your service or product, they will definitely not appreciate you making things even more difficult during the support process.

A lot of companies are good at offering solutions, but often don't do the legwork required to carry them out. If at all possible, deliver the solution yourself rather than asking the customer to do any more work.

Be competent, stick to your promises, be helpful, and handle complaints professionally, without putting extra stress on the customers.

(That's what we try to do at RotaCloud!) 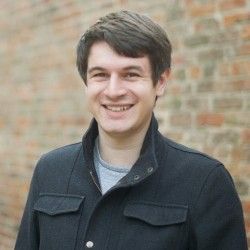