Next Level Security Services chose RotaCloud as a way to manage their multiple sites — but also found it to be a key selling point when presenting to new clients.

Providing services ranging from close protection and security guarding, to alarm response and CCTV systems, Next Level Security Services Ltd is committed to becoming a national leader in the security industry.

With a rapidly growing business comprising roughly 70 sites, Managing Director Derek Laird and Director of Operations and Compliance Jane Laird knew that their old method for planning and distributing rotas was no longer up to scratch.

“We used to use Excel for our rotas,” Derek told us via a video call. “We emailed them out to the site supervisors who would print the rotas out for their teams.”

Adding to their admin woes, the team also had to manually record the clock in and clock out times of their staff, many of whom worked remotely and, due to the nature of the industry, during unsociable hours.

“They’d call or text in at the start of their shifts,” Derek told us. The manager would then have to note down the times of these clock-ins in order to run payroll and provide evidence to their client that staff had been in place as required.

As the business continued to grow Derek and Jane knew that they had to find a more efficient way of communicating shifts to their staff, as well as accurately logging their clock-in times. 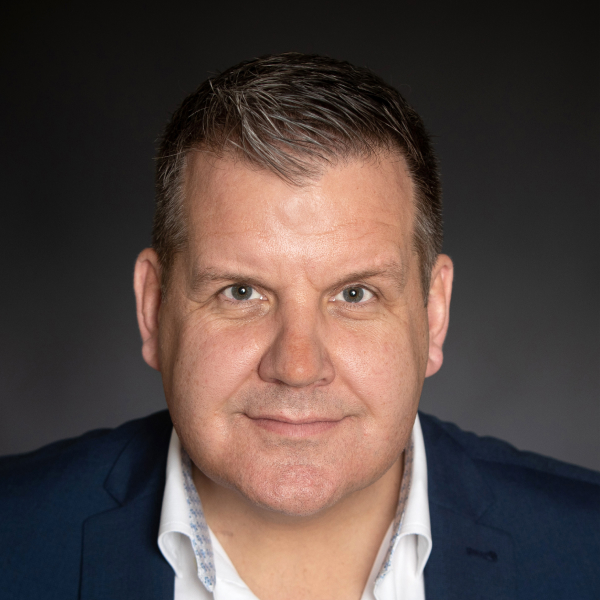 We’re saving about 80 hours a month — just on doing a rota.

After weeks spent testing a number of online rota planning platforms, Derek and Jane’s operations manager reported back with her findings.

“She researched it, came back with RotaCloud and said, ‘By far this is the easiest to use,’” Derek told us. “We found that RotaCloud looked a bit friendlier [than the competition] and was easier to use.”

Several years later, and Next Level Security Services continue to use RotaCloud on a daily basis, saving them hours of admin time.

“We did a calculation, and it worked out that we were saving about 80 hours a month — just on doing a rota,” Derek said. “If I was on Excel, having to do that amount of rotas, it would take me two or three days, easily.”

“I’d like people to come and try to do this on Excel,” Jane agreed. “I’d be amazed if they could.”

Recording staff attendance, too, has become significantly less hassle since implementing RotaCloud, with security staff now using the RotaCloud mobile app to clock in and out of their shifts rather than having to text or call their managers.

“We’ve got guys starting at all hours of the night [but] I can go on that attendance log and see that they’re in — it’s such a relief to see. Even the managers say, ‘I can see everybody’s clocked in. I can go to bed now.’”

These clocking-in records have also provided Next Level Security Services’ clients with additional peace of mind.

“It helps with compliance,” Derek said. “We can prove the staff are there — that they’ve clocked in within a certain distance of the location and when they’ve left that area.

“You can’t do that with Excel.”

Using RotaCloud has even, it seems, helped bolster the company’s image.

“We had to give a presentation to one of our clients when we got our last contract,” Jane said. “One of their concerns was how we would source additional staff, and about the rota.”

“We showed them RotaCloud, and they were so impressed, because the last company [they used] were just using WhatsApp, and ring-in, ring-off duty.

“This provided the client with reassurance that we knew what we were doing.”

Derek echoed the sentiment, urging others in the security industry to move on from spreadsheets and paper rotas.

“Professional companies don't email Excel spreadsheets to multiple guards from multiple locations,” he said. “It’s not a professional way to audit and control and know where your staff are.”

“If you’re issuing [your rota] on a WhatsApp message or an email, your staff are going to think, ‘What type of company am I working for here?’ But you issue them with an app, and they know that we’re already the next step up.”

Finally, we asked Derek and Jane whether they felt RotaCloud offered value for money. The answer was a resounding ‘yes’.

“Without a doubt — there’s no question about it,” Derek said. “We’ve been using RotaCloud for a number of years now, and it is invaluable for our business.”