The Elephant Collective use RotaCloud to plan rotas and track annual leave for more than 95 staff spread across three separate sites.

During the Elephant Collective’s formative years, HR manager Megan Barnes didn’t have too much trouble keeping track of her team and setting up their work schedule.

That all started to change, however, when the business began to grow.
“The more staff we took on, the more complicated it got,” Megan told us via Zoom call.

“I used to do the staff rota on a spreadsheet then post it to a Facebook group. We’d also print it out and stick it to the fridge, but whenever we needed to make alterations we’d be scribbling things out.”

Managing employees’ annual leave was also becoming a big headache for Megan and her fellow site managers, with requests from staff sometimes being missed.

“People used to send WhatsApp messages to ask for time off, but if I didn't respond straight away — if I missed the message, or I skipped over it because I was out for dinner or something — then it got forgotten about. It was too disorganised.”

“We needed software that would let us notify people of their shifts. And we needed people to be able to request time off formally through an app rather than sending a WhatsApp message.” 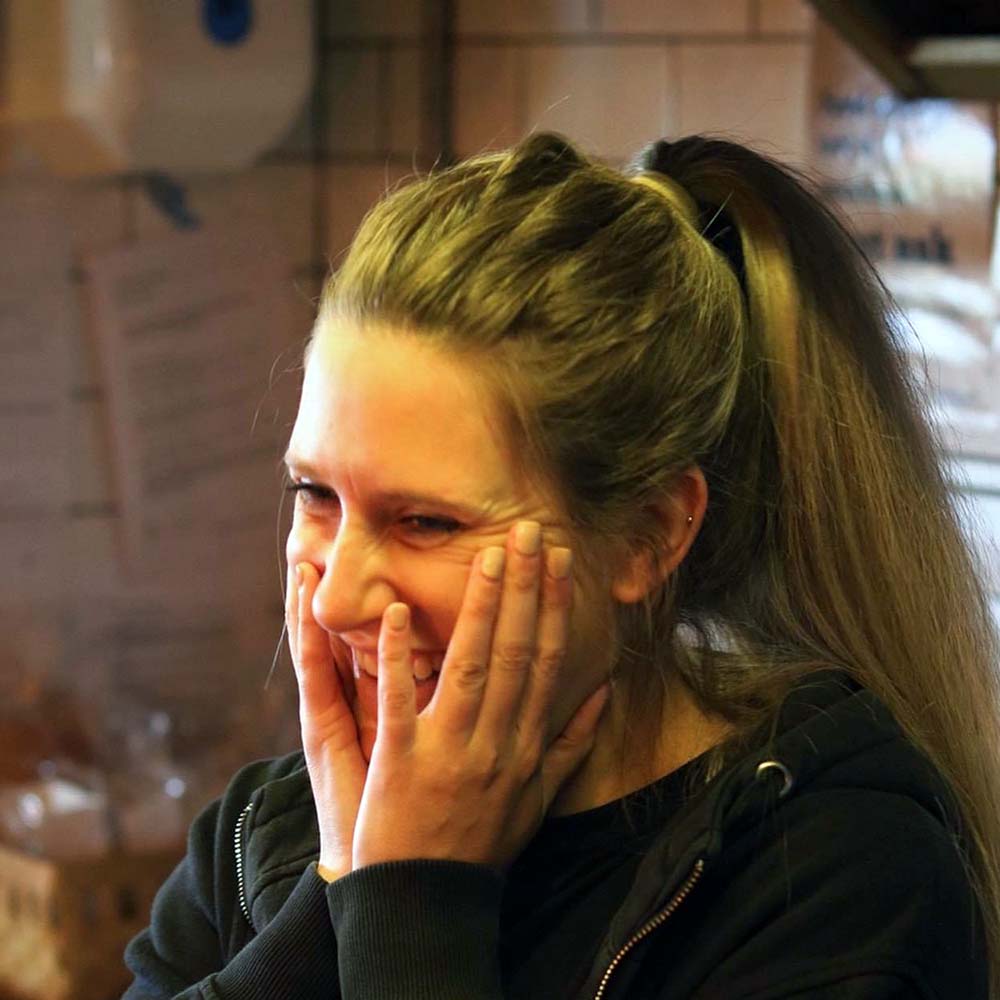 I love the fact that I can drag and drop shifts where I want them. Everything is so clear and easy to understand.

“Since we’ve got RotaCloud we can share the rota planning between us,” Megan told us.

“Ash is responsible for the lounge & bar, Lana looks after the coffee shop rota, Tia and Britt manage the restaurant, and I oversee the rotas from here, just in case any issues arise, but I hardly ever have to.

“I love the fact that I can drag and drop shifts where I want them,” she added. “And I like that everything is so clear and easy to understand.”

Booking and managing annual leave is also no longer a headache for The Elephant Collective team.

“When people have booked time off, it shadows out the day on the rota, so you know not to put them on shift,” Megan said.“If it was doing it the old way, there'd be none of that — I’d have to go back and look at the holidays request sheet, then I'd have to manually make sure I wasn't putting people in on days that they'd had approved off.”

With the RotaCloud mobile app, The Elephant Collective team no longer need to pester their manager with WhatsApp or Facebook messages in the event that they can’t work a shift.

“They can request to swap shifts with another member of the team,” Megan explained. “They put in a request and then it comes through to me or whoever’s in charge of their team and then we can quickly authorise it.”

RotaCloud’s customisable role types and permission settings have also come in handy for the team.

“We’ve set up levels of authority for what shifts staff can swap — for example, if someone is set up [on RotaCloud] as a shift manager for a shift, they can only request to swap with another shift manager.”

In addition to being able to organise shift swaps, Megan’s team also enjoy the clarity that RotaCloud gives them.

Finally, Megan told us how one RotaCloud feature in particular had become particularly popular with The Elephant Collective’s team of delivery drivers.

“We put the drivers’ shifts on the rota as open shifts, and they really like it,” she told us.

With open shifts, eligible staff can claim shifts on a first come, first served basis, making it ideal for staff who prefer to work more flexibly, as well as taking the pressure of their manager to find staff to fill the gaps.

“The shifts go up on the Open Shift section, and [the drivers] know to jump on and claim whichever ones they want."

“Sometimes I put out a message saying ‘Hey everyone, there’s a shift up for grabs,’ but nine times out of ten they get claimed without me even saying anything.”