Jacqui Leach, dispensing optician at Cameron Beaumont Opticians in York, talked to us about how RotaCloud has solved her rota-planning woes.

Cameron Beaumont is an award-winning independent optician with branches in Wetherby and York. They employ around 20 staff, from optometrists and dispensing opticians to engineers and accountants.

Prior to switching to RotaCloud, Cameron Beaumont’s staff worked from a paper-based rota. While this worked relatively well for them in the beginning, once the team started to grow and the company opened its second location, things started to get tricky.

“Planning a rota is pretty stressful,” dispensing optician Jacqui Leach said when we asked about her life before RotaCloud. “It was worrying that there was only ever one copy [of the rota] — if it got lost it was a disaster, and it was always, always out of date.”

Not being able to keep her staff up-to-date with the changes to the rota was causing real headaches for both Jacqui and her team. She needed a solution that would allow her to keep everyone in the loop, without the need for multiple copies and having to keep track of the latest version. 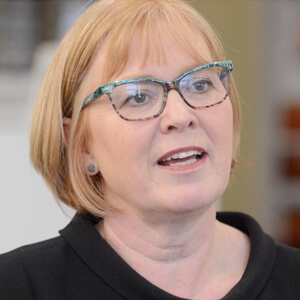 It’s made the rota-planning procedure so much easier than it used to be — it frees up my time so that I can do other things.

In early 2017, Jacqui and her team decided to give RotaCloud a try. They quickly found that the software’s web-based approach to shift-planning eliminated the problems they had been experiencing, allowing managers to plan rotas using various devices and from multiple locations, and for their staff to see their shifts anytime they like.

“RotaCloud is a great way to plan your rotas,” Jacqui told us. “I can update it anytime, anywhere. It’s made the rota-planning procedure so much easier than it used to be — it frees up my time so that I can do other things.”

“I know that if someone rings on a morning and can’t come in [because] they’re not well, I can easily look at my phone or my computer and know exactly who’s in,” she added.

RotaCloud reports section also proved to be hugely useful for Jacqui and her team.

“It allows me to look at how many staff are working at York, how many are at Wetherby, and what roles are covered,” she explained.

Finally, we asked Jacqui how she thought she’d fare if she were to suddenly revert to her previous system for rota-planning.

“If I had to go back to my old way of planning a rota, I’d just despair,“ she laughed. “I couldn’t imagine running a rota for two branches with a spreadsheet!”