Independent outdoor clothing and equipment specialists Trekitt use RotaCloud to manage staff across sites and ensure that everyone always has the most up-to-date version of the rota.

Trekitt is a family-owned, independent outdoor clothing and equipment specialist. Operating a bricks-and-mortar shop in Hereford, an online store and two warehouses, the Trekitt team provide high-quality kit for mountain enthusiasts, priding themselves on their award-winning customer service, extensive inventory, and speedy order-processing.

“Prior to introducing RotaCloud, we used a simple Excel spreadsheet,” Managing Director Paul Trepte told us.

“That sufficed for years, but as we grew and took on more staff in more locations, it became harder to share the information and let each department know who was in work and when.”

The problem was only exacerbated, Paul told us, by the frequent need to communicate changes made to the rota after it had been shared.

“We were constantly printing off sections of the sheet that rapidly became obsolete as shifts changed and holiday was booked,” Paul said of his communication woes.

“We often needed to share staff across different locations, and managers struggled to see who was available at any given time. It was also difficult and time-consuming for staff to make amendments to the rota — often these changes were missed resulting in poor cover.” 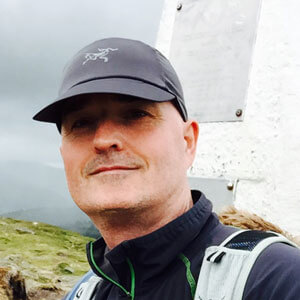 Setting the employee data up was easy and building the rotas was child’s play — within a couple of hours we had built a year’s rota for 20 staff over four sites.

RotaCloud became Trekitt’s first choice as a rota-planning solution partly because Paul’s team found it so easy to use, and partly because of the people behind it.

“We chose RotaCloud due to its intuitive interface. We are simple retailers with little or no IT experience, so the system needed to be easy to operate. We also liked the idea of working with another people-focused and independent company; especially one from Yorkshire [since] our M.D. spent his childhood there. The fact that RotaCloud integrated with our HR system sealed the decision.”

“As soon as RotaCloud was introduced, we started to reap the benefits,” Paul told us.

“Setting the employee data up was easy and building the rotas was child’s play — within a couple of hours we had built a year’s rota for 20 staff over four sites,” he continued.

“Now all our staff can instantly see their working pattern, their colleagues’ rota and any spare shifts that are up for grabs. Our managers have a superb overview of total staff availability and can easily swap shifts to suit their requirements. Staff get notifications by email, so everybody is kept up-to-date.”

The true litmus test, however, was how Paul’s team took to the new system.

“We often judge a new piece of software by how quickly it is adopted by all employees,” said Paul. ”RotaCloud was on everyone’s phone by the end of the first day and it is used on a daily basis by everyone in the organisation. That’s what we call a result.”