This article was originally published in September 2014 and was updated in November 2016.

Social media sites have exploded over the last decade - as of 2016, Facebook has 1.8 billion users, Twitter 317 million, and LinkedIn 460 million. Social networks are now an integral part of modern life, allowing people to connect, interact and communicate over long distances quickly, cheaply and efficiently.

Of course, social media sites can also be addictive and distracting, offering a wealth of ever-changing news, gossip and information at your fingertips.

Moreover, it's easier than ever to log onto these sites anytime, anywhere, due to the ubiquity of smartphones and tablets.

Social media has affected many areas of our lives - but what about the impacts in the workplace?

In providing such a readily available source of procrastination, social media has become the scourge of many an employer and manager.

Valuable time is wasted reprimanding staff for updating their Facebook statuses or tweeting whilst at work - when managers should be able to focus on more important things.

There have been several well-publicised dismissal cases where employees have even lost their jobs as a consequence of social media use. For example, a waitress in the US was fired over a racist Tweet complaining about customer that didn't tip.

Similarly, hospital staff in the UK were suspended for tweeting pictures of themselves playing the "Lying down on the job" game.

It seems that these employees were very much in the wrong and their employers were justified in taking action.

However, as a case in the UK shows, sacking staff over one angry status is perhaps an excessive reaction.

The woman, who was working for the company Ventura, posted on Facebook "I think I work in a nursery and I do not mean working with plants." Her comments lead to a disciplinary hearing, and she was eventually . Her case was taken to an employment tribunal, which found her to have been unfairly dismissed.

These incidents show that the rapid evolution of social media has left employers behind.

How can employers reduce the negative impact social media has on staff productivity?

How can managers prevent employees from sharing reputation-damaging posts about their business?

A good starting point is a formal set of social media policies that ban or restrict the use of social networks during working hours and spells out disciplinary measures that will apply if an employee makes negative comments about their employer on social media.

However, these measures are only effective if they're backed up by enforcement.

Another problem is that an overzealous social media policy can actually harm your company. Here's why...

Think of it this way: we still use phones for work even though employees occasionally make social calls from the office. That's because phones are vital business tools.

What if employers embraced social media at work instead of implementing draconian rules on its use?

A European telecommunications company was the subject of a Warwick University study of the implementation of social media at work.

The company let employees use social media sites to communicate with their fellow workers and customers over long distances at great speed and efficiency. As a result, productivity was at an all-time high and the scheme was viewed as an overall success.

The effectiveness of such a scheme would obviously depend on the industry you're in as well as the structure of your company, but the study still shows that you shouldn't immediately dismiss the potential benefits of social media.

In fact, smart social media use at work can actually form an important part of your digital marketing strategy.

These shares can significantly increase the reach of your social media content, putting your business in front of entirely new audiences thanks to the friendship circles of your employees.

For example, if you are in the catering industry, have staff promote your business by retweeting news of deals and events.

If you work in retail, encourage staff to Tweet or post on Facebook about sales and offers. Each employee has a network of local people with whom they can communicate. By using employees' own accounts it gives the message a personal touch - which potential customers will appreciate.

The important thing is to find a happy medium. Social media sites can be a great benefit to your business, but if misused they can also impact employee productivity and damage your business's reputation.

A corporate social network such as Facebook's Workplace can reduce the usual problems with social media while retaining its benefits, but you'll have to pay each month for the service.

Overall, aim to incorporate these three points into your business's approach to social media:

Check out our archive of marketing articles for more tips & tips on dealing with digital marketing. 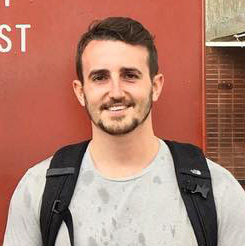