There comes a time in every small business owner’s tenure when you have no other option but to let a member of your team go.

Perhaps your website designer bent the truth a little too far on their CV and doesn't possess quite the level of skill that you need.

Or maybe your head chef just can't manage to get to work on time and it's resulting in lots of negative reviews on TripAdvisor.

Whatever your reason for needing to dismiss a member of staff, there's a right way and a wrong way to go about it.

Today, we're offering some practical advice that every small business owner should take before letting an employee go, as well as tips on what do to — and what not to do — when you actually break the bad news.

Before Taking the Plunge 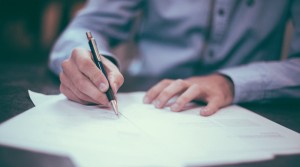 Firing a member of staff should be a last resort for any business owner.

You’ve spent time and money advertising roles, interviewing candidates and integrating them into your workforce. Even if you’re not particularly fond of a member of your staff (it happens!), it is rarely in a company’s best interests to let someone go unless it’s absolutely necessary.

Financial matters aside, if you do decide to terminate someone's contract, then there are a number of steps that you should take before sitting them down for the final talk.

Clarify the reason for dismissal

If you can't easily summarise the reason for wanting to dismiss an employee, then actually firing them is going to be difficult — and may not even be legal.

UK government guidelines state that an employee may be dismissed for one or a combination of the following reasons:

“Misconduct” can be defined as anything from excessive lateness to taking unauthorised breaks.

You're well within your rights to dismiss an employee who is guilty of any of these things (or an act of gross misconduct, such as theft or physical violence), providing that proper steps have been taken to remedy or investigate the situation.

Have a paper trail

Dismissal should never come as a surprise for an employee.

Before showing a member of staff the door, you need to ensure that you've followed and documented the steps outlined in your own employee handbook.

If it’s the case that a member of staff has been underperforming, then this should have been addressed during (logged) meetings, with clear targets set for them as a result. Staff members who have problems with attendance should be made aware of what is and isn't considered an acceptable level of absence.

The most important thing is that verbal and written warnings have been issued for any acts of misconduct, and that these were recorded by your HR manager.

It may not be necessary to present this documentation when actually dismissing your employee (besides, listing their every fault will only create a hostile environment), but having it to hand may be useful if they dispute the claims or attempt to file for unfair dismissal further down the line.

Dismissals should never be done one-on-one, nor should the decision to fire someone be made alone unless it’s completely unavoidable.

Once you’ve outlined the reasons for dismissal with your HR manager, arrange for them (or another senior member of staff) to be present when you meet with the employee in question.

Having a third party present at the meeting will help ensure that proper procedure is followed, but it will also prevent you ever ending up in a situation where it's your word against the employee's. 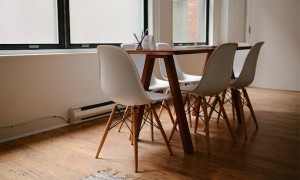 If you’ve come to the conclusion that your problematic employee simply cannot remain a part of your business, then it’s time to break the difficult news.

Dismissals are never pleasant, but there are things that can be done to limit the negative impact they can have on either party.

It doesn’t take an HR ninja to know that firing someone within earshot of their coworkers is a terrible idea. But calling them into your office — the business equivalent of being pulled out of class by the headmaster — with little to no explanation can also be embarrassing for them.

If possible, choose a venue that’s both private and fairly neutral, and pick a time of day when the rest of your team will be busy with their work.

Quietly inviting someone into the break room when it is not in use, for example, will be much less obvious to the rest of your team and may spare your employee unnecessary embarrassment.

Showing empathy is important when letting a member of staff go (they're about to lose their job, after all!) but it is vitally important that you're clear about what is happening and that your decision is final.

“Unfortunately, we might have to let you go” sounds a lot nicer than a Lord Sugar-esque “You’re fired”, but it’s also quite ambiguous and could give your employee false hope that the decision could still be overturned when they reflect on the conversation later.

Briefly outline the reasons for your decision and tell your employee in no uncertain terms that you will be terminating their contract. Explain when this will take effect.

We Brits are known for our dislike of socially awkward situations. Downplaying the negatives in an attempt to soften the blow when firing someone, however, can really backfire.

Remember that you're firing them for a reason — if you make an act of misconduct sound less serious than it is, chances are the person you're firing will start to feel that they don't deserve what's happening to them.

Similarly, avoid the temptation to give false reasons for their dismissal as a way of making things less awkward.

It might feel nicer to talk about things like tight budgets rather than telling someone that they're just plain bad at their job, but doing so is likely to come back to bite you eventually.

Terminated employees have the right to claim unfair dismissal provided that they've been at the company for more than two years. Even if your intentions were good, if it comes out that the reasons you gave for letting someone go were not genuine, then it could spell trouble for your business.

Talk about what happens next

Even if your employee reacts badly to the news, it's important that you talk about the next steps you'll be taking.

Matters such as pay, their remaining holiday allowance and notice period (if any) should all be addressed during the meeting. You might also want to tell them whether you're prepared to provide them with a reference and what you would say if called on by their next prospective employer.

Your soon-to-be-ex-employee will probably want to get out of there as quickly as possible, and you should let them go home immediately after the meeting, but it's a good idea to arrange for an opportunity to talk again, as well as to come back to collect any belongings after hours if they prefer.

Few employees will want to talk more about the reasons they are being fired, but it's only fair to let them talk again once the dust has settled.

Dismissing an employee is an unenviable task for any manager. Especially if your business is on the small side, you may be worried that firing a member of your team will be bad for morale and lead to other staff handing in their notice.

But keeping a belligerent, under-skilled or underperforming employee on your team is likely to have exactly the same effect, and staff will usually express their relief once said employee has gone, even if they seemed fond of them at the time.

Take care of your paperwork, monitor employee performance and make sure that both you and they have a copy of the same rule book.

Hopefully you won't ever have to use it, but if you do, you'll be glad you've got it.

For more tips and advice for small business owners and managers, head back to the RotaCloud blog homepage.